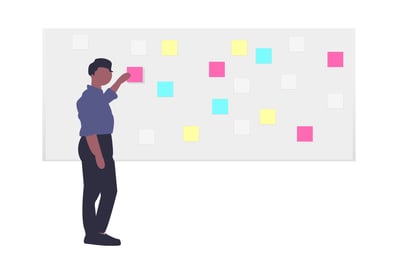 Here's a round up of all things GCP, Azure and AWS for the week ending Friday 5th March 2021 and there were plenty of announcements from all three cloud vendors that Hava currently supports.

How is it even March already?

Here at Hava we've been doing lots of cool design planning and self-hosted streamlining to make it even easier for you to host Hava internally to keep your security team super happy.

To stay in the loop, make sure you subscribe on the right - There's a new Newsletter series starting soon that will keep you up to date with all our new releases, enhancements and capabilities and will also showcase lesser known but powerful features that you may not be aware of.

Of course we'd love to keep in touch at the usual places. Come and say hello on:

Read more about the Firewall roll out here »

Amazon EC2 P4d instances which provide the highest performance for machine learning training and high performance computing in the cloud are now available in the US East (Ohio) and Asia Pacific (Tokyo) regions.

Amazon EventBridge now supports API Destinations, a simple and reliable way for customers to send events to any HTTP API, such as self-managed or Software-as-a-Service (SaaS) applications, allowing customers to easily extend their existing applications without writing code. Authorization is built in so customers don’t have to write or manage additional code to authorize their requests.
Read more about the EventBridge update here »

AWS Step Functions now supports YAML state machine definitions within the AWS Toolkit for Visual Studio Code and in AWS CloudFormation, making it possible to define workflows in the same language as your infrastructure as code.

Starting this week, you can view all operational issues (OpsItems) for an impacted resource in AWS Systems Manager OpsCenter. OpsCenter allows operations engineers and IT professionals to investigate, diagnose, and resolve operational issues related to AWS resources from a central place. This enables you to understand the greater context while troubleshooting an issue such as an instance failure, and helps you to resolve issues faster.

AWS Certificate Manager (ACM) now publishes certificate metrics and events through Amazon CloudWatch  and Amazon EventBridge . Secure Sockets Layer/Transport Layer Security (SSL/TLS) certificates are used to secure network communication and establish the identity of websites over the internet. Certificates have a defined lifetime and for continued use need to be renewed before they expire. These new metrics and events help administrators keep track of certificate expiration dates and take necessary action or configure automation to prevent certificate expiry and related outages.

You can now add four additional metadata fields in your Amazon Virtual Private Cloud (Amazon VPC) flow logs, namely flow-direction, traffic-path, pkt-src-aws-service and pkt-dst-aws-service. With these enriched fields you can derive insights into the AWS services that your workloads are communicating with, differentiate between ingress and egress traffic flows and identify the next hop of your egress traffic, such as an internet gateway, a VPC peering connection or a virtual private gateway.
Read more about the VPC flow logs update here »

AWS Glue DataBrew extends its datasets to support files without an explicit file extension or a header row. Often times, extensionless files are tricky to work with and require visually exploring the data to understand it. Similarly, customers often work with files without an explicit row that defines the header in the file. In both of these cases, you can now define both these configurations when you create a dataset in DataBrew.

Amazon Web Services (AWS) announces general availability of Ethereum on Amazon Managed Blockchain. Ethereum is a popular decentralized blockchain framework that establishes a peer-to-peer network allowing participants to transact without a trusted central authority. It enables popular use cases such as decentralized finance (DeFi), a network of financial applications built on top of blockchain networks. DeFi is different from existing financial networks because it is open and programmable, operates without a central authority, and enables customers to offer new methods for payments, investing, lending and trading. As customers build these Ethereum-based applications, they find it complicated and time-consuming to operate and manage their Ethereum infrastructure. Specific concerns include data reliability due to out-of-sync nodes, data storage scaling challenges, and time-sensitive Ethereum software upgrades.

AWS reorganized features on the console based on key tasks such as, writing code, testing, monitoring and configuring. With this update, we reduced the amount of scrolling needed to access common configuration options by creating a dedicated configuration tab. In addition, the new navigation design orients your work on the Lambda console towards the tasks you want to complete and focuses your work around relevant features. This change will also help you find new features more easily when they are available in the console.
Read more about the Lambda update here »

Posted On: Mar 1, 2021
Amazon Web Services (AWS) is announcing the launch of Asia Pacific (Osaka) as a standard AWS Region, expanding Osaka from its design as a Local Region. The number of Availability Zones (AZs) in Asia Pacific (Osaka) is increasing from one to three, the service portfolio is expanding, and new pricing options are available.
Read More »

Cloud Run reports a new Cloud Monitoring metric: Instance count, which counts the number of container instances that exist, broken down by state (active or idle).

Cloud Run is now available in the following regions:

Cloud Spanner now supports point-in-time recovery (PITR), which lets you recover data from a specific point in time in the past.

PostgreSQL 13.0 is now the default version when you create a new database.

For workload identity federation, available in beta, you can now use updated client libraries for C++, Go, Java, Node.js, and Python to automatically obtain Google credentials.

Note: This feature release is still in progress. Some regions may not yet have access.

Manage your data with greater ease by using Azure Purview to register multiple sources at the same time.

Build immersive mixed reality experiences with Azure Remote Rendering, now generally available. Use it to enable high fidelity 3D visualization of objects and view models with a billion or more polygons without decimation.

Take advantage of multiple new enhancements and features that are now available in Azure VPN Gateway.

In many of today's mixed reality scenarios, there is a need to align digital content with physical objects. Azure Object Anchors, now in preview, eliminates the need for markers or manual holographic alignment within mixed reality applications.

AWS were excited to announce a free new digital curriculum: Managing Amazon Simple Storage Service. This advanced 150-minute curriculum covers techniques to simplify the management of Amazon S3 storage. Designed for cloud architects, storage architects, developers, and operations engineers, it includes interactive lessons, video demonstrations, a self-paced lab, and quizzes. The self-paced lab costs up to 15 USD per lab (this cost is not included with free digital training on aws.training).

New digital class and lab on DevOps on AWS

AWS are excited to announce the launch of their new digital course, Getting Started with DevOps on AWS, together with the optional Getting Started with DevOps on AWS self-paced lab. This course explores the basics of developing, delivering, and maintaining high-quality secure applications and services at high velocity on AWS. The course covers the philosophies, practices, and tools used to implement a DevOps environment on AWS, while the lab gives you practical experience with the technologies discussed in the course.

Read more about the course »

AWS Training and Certification were excited to announce the launch of the updated AWS Cloud Practitioner Essentials digital course on Coursera and edX. If you’re new to the cloud or in a technical or non-technical role such as finance, legal, sales, or marketing, this course provides you with an understanding of fundamental AWS Cloud concepts to help you gain the confidence to contribute to your organization’s cloud initiatives.

Microsoft have a full schedule of Virtual Events

A  full list including session times and details are here :  Azure Events

AWS events are pretty fluid at the moment, with most in-person events being cancelled or postponed. There are a number that have been taken online and full details can be found here: AWS Events

Thanks for reading again this week, we hope you found something useful.

If you haven't opened a free hava.io account to see what the GCP, Azure and AWS automated diagram generator can do for your workflow, security and compliance needs, you can below - if you have questions, please get in touch.

You can reach us on chat, email sales@hava.io to book a callback or demo.